Boris Yoffe was born in St. Petersburg in 1968. He received his first violin lessons in 1976, and in 1979 started taking composing lessons with G. Metallidi and S. Bilimov. As part of his private studies, Yoffe worked with the popular Russian music theorist Adam Stratievsky and German composer and essayist Wolfgang Rihm, graduating from Rimsky-Korsakov Music Academy in his hometown with a diploma as a violinist and violin teacher. Boris Yoffe not only is an idiosyncratic composer, but also a universal musician, who is equally skilled as an instrumentalist, a conductor, and a music theorist. He has mastered many composition styles, has worked as a theater composer in St. Petersburg, Tel Aviv, and Haifa, and has authored many successful arrangements and adaptations. Those who listen to the mostly intimate world of sound that Yoffe creates with his short pieces - many of them for quartets, and others for mixed ensembles with harp, brass instruments and strings - encounter a world of extreme concentration and sensitivity.

His sense of sound is extraordinary, not in the sense of creating pleasant sound structures, but because of its polylinear developmen,

For years, Yoffe has divided his time between writing compositions and authoring essays on musical and philosophical questions. 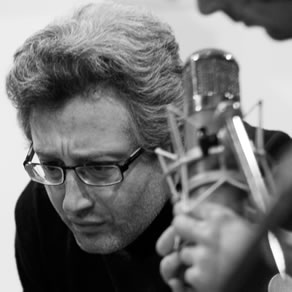