Robert Beaser (born in 1954) has won a passionate international following for his numerous masterful works in a wide variety of genres. His music has won acclaim for its jeweled combination of dramatic sweep and architectural clarity. Celebrated by the New York Times for "a lyrical gift comparable to that of the late Samuel Barber", Beaser has been acclaimed as well for his "masterful orchestrations, clear cut structures, and logical musical discourse". His numerous awards have included the Prix du Rom, Guggenheim and Fullbright fellowships, the ASCAP Composers Award, the Lifetime Achievement Award of the American Academy of Arts and Letters, and Grammy and Emmy awards. His works have been commissioned, performed and recorded on five continents by many of the leading orchestras and soloists of the world.

Beaser's concertos for piano, flute (Song of the Bells) and most recently guitar and orchestra are each unique explorations of the character of the instruments that inspired them. The Guitar Concerto has been described by Eliot Fisk as "a quantum 50 year leap forward in composition for the guitar."

Robert Beaser is Chairman of the Composition Department at the Juilliard School in New York, a post he has held since 1994. He also serves as Artistic Advisor to the American Composers Orchestra, which premiered his Guitar Concerto at Zankel Hall in the Carnegie Hall complex in New York on May 1, 2009 under the baton of Dennis Russell Davies, with Eliot Fisk as guitar soloist. 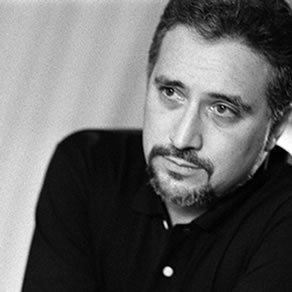