Paolo Devecchi is an Italian guitarist and composer with a rich and diverse musical background. The wide inspiration of his musical language is the result of an original quest which leads his music to explore new territories as well as the classical guitar repertoire.

In 2016 he recorded his first solo CD “Different Latitudes” for Wildner Records (Germany), playing his own solo original works and arrangements.

Different Latitudes alludes to the similarity between the image of the strings on a guitar sound hole and the horizontal lines from East to West on the world map. Its counterpoint plays an important role and it is combined throughout with a rhapsodic and a jazzy way of playing .

Compositions and Arrangements by Paolo Devecchi 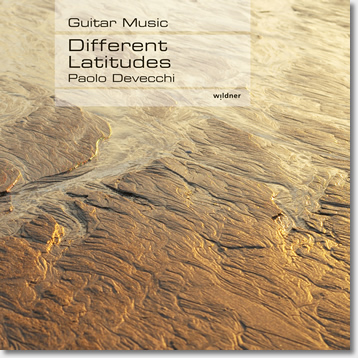