A Symphony is a Story.

In my mind's eye this music transforms itself into a house - but how does a story turn into a house? I imagine a remote location, with the design of the house, just the way I like it! All the rooms in the house are linked in one way or another, in a manner similar to the individual pieces in the Sechs Entwürfe; each single smaller movement can best be understood in conjunction with and completed by the other movements in the set.

We - like family members who have never met - find each other here, admire the room, make music together, talk of things both cheerful and painful, dance together in groups of two and three. Some of my favorite works of literature lie open: Bunte Steine by Adalbert Stifter, the speech of Pico della Mirandola, Joseph Brodsky's poem about spilled milk... Two manuscripts - one in Ladino, one in Ashkenazi - betray attempts at learning the languages of my forefathers.

Or is this all just a random collection of ten rough, silent stones - granite, limestone, calcite - and has the spilled milk now become too viscous to mirror the transparent shadows of the old Rabbis? 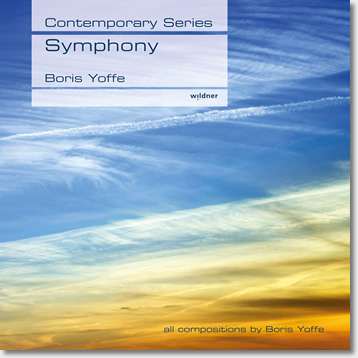